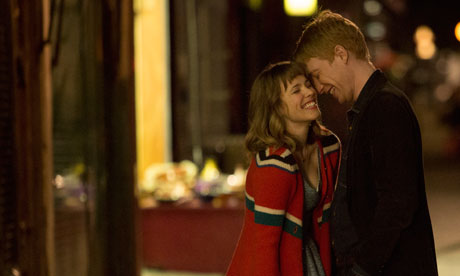 Today I deliver the final ever lecture on my Level 4 module Communicating Sex and Gender – with presentations to come this week and after Easter. It’s a slightly sad moment in a way. I’ve been involved in lots of modules that no longer exist (indeed, we said goodbye to another L4 module, Approaches to Media, in semester 1 and I’ve been on that module since its inception), including as module leader but this is the first module I have really ‘made my own’ over a few years that I’ve actively been involved in killing.

We’re re-approving our undergraduate courses from September and there won’t be any more Level 4 electives. I’m very excited about the new courses and modules – I’m going to be running a Media Audiences module at Level 4 and at Level 5 will be part of the team on Media, Identities and Representations, a new mandatory for Media students that will replace some of the content from Communicating Sex and Gender as well as looking at a range of other issues relating to identities – we’re expecting to change the content yearly to reflect current issues and debated in the media (I would imagine were we to have run it this year we’d have covered Benefits Street, the rise of UKIP, Scottish referendum and equal marriage, for example). So new things are coming, but it’s still kind of sad to lose things.

I’ve been running Communicating Sex and Gender for about four years now, I think, and had taught on it before that. It was a module that originated in Comms studies but over the years has been an elective for Media, PR, Comms and Journalism students. I’ve met some fantastic students through this module, students whose university journeys I’ve been part of until graduation, with many of them taking my other modules, (either by choice or because they had to), and I have worked with a great bunch of associate lecturers.

We’ve covered a whole range of topics from language to the built environment; from selfies to same-sex marriage. This year we managed to cover things such as the #nomakeupselfie and #cockinasock trends, the pros and cons of the Bechdel test, Facebook’s 58 genders (in the US), slutwalks, the Sochi games and LGBT rights, the role of gender in specialist journalism, Gogglebox, Sam Bailey, Robin Thicke, Britpop (just before the BBC announced the 20 year anniversary specials, that’s how zeigeisty I am. Or how living in the past I am), Netflix, Breaking Bad, slutwalks and a bunch of other topics. It’s been a weird year for me as we’ve had fewer students at Level 4 all round and I didn’t have a seminar group, so it has been a bit subdued, but I have enjoyed revising my teaching each year, looking at new developments and seeing students grappling with a range of topics in this area.

So if any of my current or former students are reading – I hope you enjoyed taking this module – I really enjoyed working with you, and I’m looking forward to the challenges the new modules will bring!