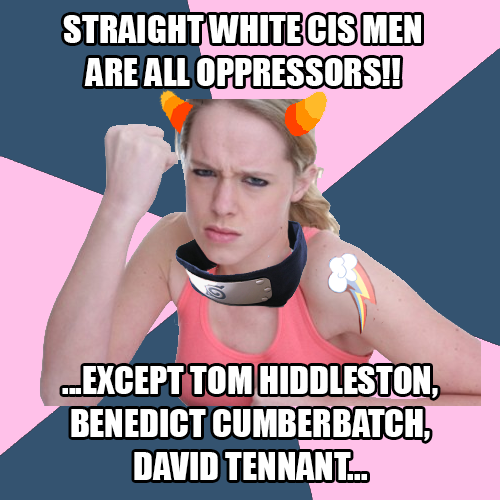 Following on from my post the other week, here are some thoughts about trigger warnings, fandom and social media. In a forthcoming paper for Transformative Works and Cultures I write about this as part of a wider discussion of how Sims fans use Tumblr and the ways this Tumblr posting is observed, commented on and ‘shamed’ by LiveJournal site SimSecret. One of the things that particularly interested me from both the interviews and surveys I conducted with users and from reading SimSecret and its comments was the way that fans were often ‘called out’ either for behaviour that was deemed to be offensive or inappropriate (e.g. sexism, cultural appropriation etc) or, conversely, for being a ‘Social Justice Warrior’ and too precious about such things. One of the debates fans frequently have with each other – and in other communities – is about the use of trigger warnings. Those who advocate their use are often seen as being SJWs, pearl clutchers or ‘special snowflakes’ whilst those who are vehemently against them have been characterised as oppressive, bullying or insensitive. 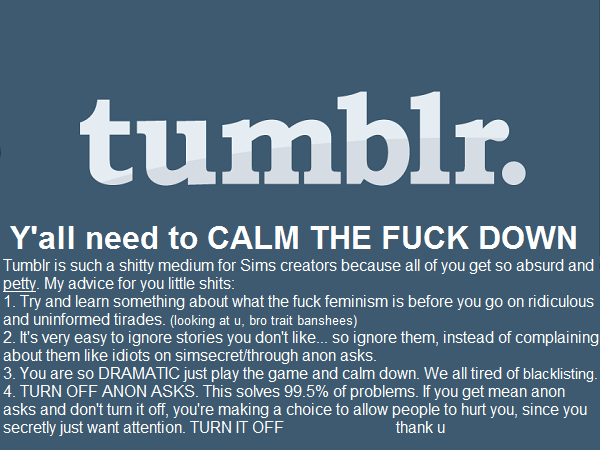 Online fandom is a place where the trigger warning has long been a widely accepted, and debated, phenomenon – possibly because of the tradition of many fan communities to attract people who feel marginalised in other ways but find an identification and belonging within their fan community. Trigger warnings have long been part of the fanfic community with stories adopting labels not only as a means of warning readers about potentially sensitive content, but also as a labelling system so it is easier to find the kinds of fiction you like and avoid what you don’t. Social media’s tagging systems also provide an easy way for users to filter content. Motivations for doing so vary – sometimes tags can be used as trigger warnings and users can put them into tools such as XKit or TumblrSavior (in the case of Tumblr – other sites have other tools) and filter out potentially problematic content. However, it’s not just trigger warnings that get tagged, it can be anything, and users may filter out things that are not safe for work (NSFW) or even that they have no interest in (such as people hiding football chat on Twitter). Tags also help users find content they are interested in more easily. In the paper I write about Simblr, I discuss how some fans get annoyed at poor tagging, but often this is not because of being triggered, but for some of these other reasons.

As with my previous post, my interest in the phenomenon is less the pros and cons of trigger warnings, and more what the debates over them say about web culture. Tumblr is a platform I find incredibly interesting, not only for how it is used, but also for how it is scrutinised. Whilst the platform is used for a range of things, it has become a hub for many fandoms, and particularly attracts younger fans. It also attracts a number of people interested in ‘social justice’ issues and a range of LBTQ and allied people. In several places these interests overlap and intersect – and therefore it’s no surprise that the way Tumblr and its users are characterised elsewhere on the web is as representing the excess in all these areas. Reddit has several subreddits dedicated to monitoring Tumblr, including TumblrInAction which boasts the following description ‘Seen a horribly oppressed transethnic otherkin blog their plight? Weeped at how terrible it is for the suffering of multiple systems to go unheard every day? Been unable to even live with the thought of the identities of someone’s headmates being cisdenied? Then you’ve come to the right place!’ and offers users a guide on ‘How to find juicy SJWs on Tumblr!’. 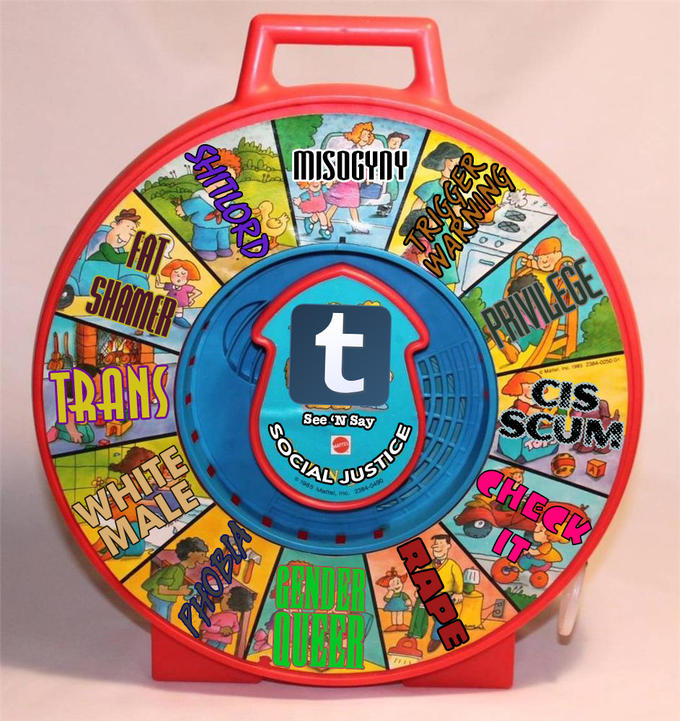 The 2010 Operation Overlord ‘war’ between Tumblr and 4Chan spawned the meme 4Chumblr – a depiction of the relationship between the two sites featuring Tumblr as a hipster teen girl and 4Chan as an anonymous green man. Multiple images have been created of this relationship, some depicting bratty kids fighting, some a romance, some friendship, some a sexual attraction, some depict the 4Chan character raping the Tumblr character. 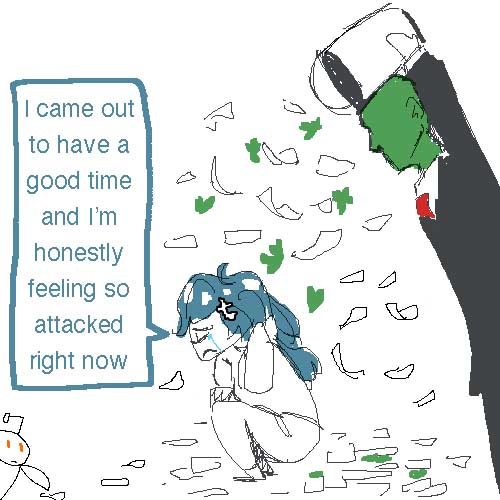 Image by Fewly on DeviantArt

In some images, ‘Tumblr’ is seen as an equal to 4Chan, in height and/or status, whilst in others, ‘she’ is younger – crying, whining, a victim. Although the meme is four years old and much less prominent than it once was, art is still regularly created of the pair. The depiction of Tumblr as a teen girl fits well with the way SimSecret posters comment on Simblr (sims-themed Tumblr users) – frequent accusations are levelled at teenagers using the platform to create drama. 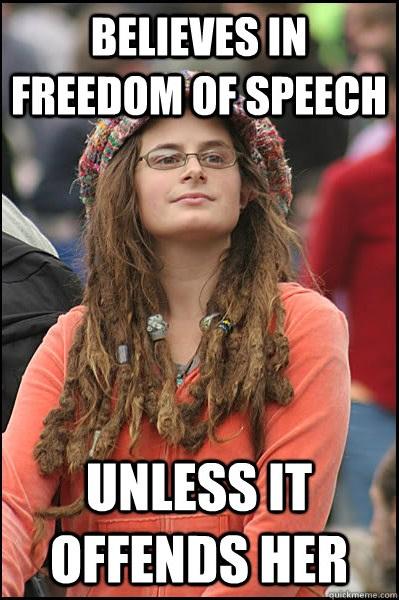 Much discussion of SJWs and Tumblr users from their critics makes the assumption that these users are not only young, but also naive and possibly hypocritical – for example, the meme Social Justice Sally (top of post), popular last year, mocks this type of user as being a young, white, girl who makes statements standing up for minorities whilst ‘really’ being part of a ‘privileged’ majority herself – in some ways similar to the College Liberal meme. 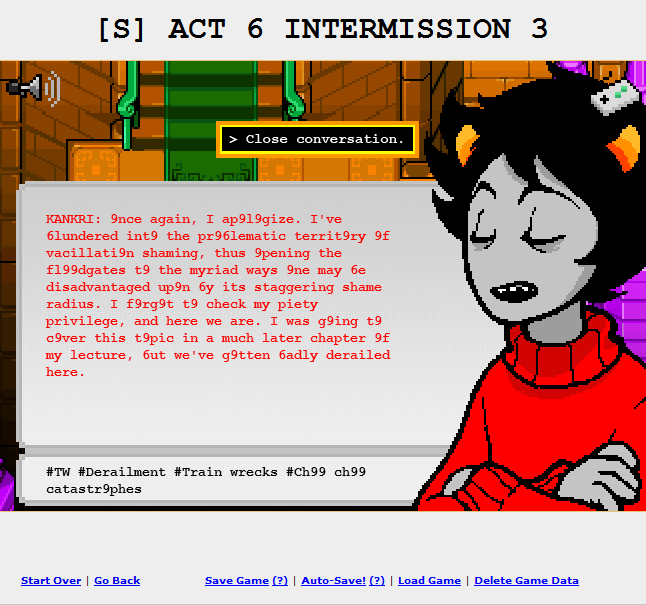 Popular webcomic Homestuck has a character, Kankri, who is a teenage male ‘SJW’ type. A quick search for Kankri on Tumblr reveals a range of responses to the character from fans – the usual fanart, fanfic and cosplay are all present and correct, along with users who vehemently hate the character, feeling he is a parody of them and others who think he has been created as an affectionate tribute. 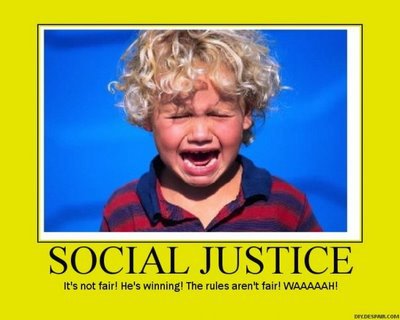 So… is all of this funny or is it offensive? Like everything of its nature, it’s probably both. People are silly and excessive and dramatic and it’s good to laugh at ourselves when we are. But to me, this is the pertinent thing – who is doing the laughing, and who is being laughed at/with? My concern is that these may not be the same groups of people – it seems similar to that whole ‘if you’re in the minority group being joked about, a joke is OK, if you’re in the majority group then making jokes about the minority is probably not a good idea’ thing. I can see how the so-called ‘SJWs’ can be considered excessive, but if many of them are, indeed, young, then who isn’t excessive as a teen or young adult? Young people are moaned at when they’re apathetic and they’re jeered at when they’re political – when can they win? My other concern is that many of these bloggers aren’t only young, but often female, non-binary gendered and/or queer (and/or gay/bi/asexual/pansexual etc) – and it’s not like people in those groups don’t already get their fair share of stick. For these people, trigger warnings, tagging, reblogging social justice sentiments, sharing fan art, headcanoning characters as alternative genders and all the other things they do on Tumblr are likely to be part of learning who they are, learning how they fit in the world, learning how they can express themselves. Does it matter if they are being ridiculous? After all, as people are so fond of reminding them in sneering tones, we are free to ignore them if we’re not interested – they’ve usually tagged their posts to enable us to do so.